Second books and a giveaway (It’s Monday, What Are YOU Reading?)

What I’m reading
The second book in a series often isn’t as good as the first… this week I read three (THREE!) second books that were better than the first: 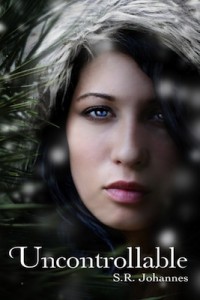 I put off reading Uncontrollable because I was worried it wouldn’t be as good as Untraceable; it was better. The writing and plotting was tighter. The adventures, more outdoorsy and real and full of tension.

Uncontrollable picks up several months after the end of Untraceable. Grace is a bit of a mess as she struggles to come to terms with the disastrous aftermath of the raid. To get some extra credit and distract herself, she volunteers for a wolf conservation project at school. To her dismay, she is paired with her ex, Wynn, and his girlfriend, Skyler, for the project. And it all goes downhill from there for Grace. The participants discover dead wolves. Further investigation leads to threatening encounters with man and nature. Between unexpected winter storms, disastrous decision making, and the threat of foul play, danger is Grace’s constant companion. The pacing of this book is fast — it goes from one tense adventure to another. I had a very hard time putting it down when it was time to make dinner so y kids ate cold cereal one night last week thanks to this book.

My only (slight) disappointment was that I saw where the character of [SPOILER] was going the minute [SPOILER] was introduced. Which took some of the tension out of the ending.

There are some wonderful resources at the back of the book to learn more about red wolves and get involved in their conservation.

You can win a copy! Leave a comment to be entered in a giveaway of the ebook of Uncontrollable. Winner will be announced next Monday!

Demon Eyes by Scott Tracey (YA, witches, low fantasy, LGBT) ★★★★☆
Demon Eyes is the sequel to Scott Tracey’s Witch Eyes and it also didn’t disappoint.
The writing is better. The dialog is wonderful — some of the snarky back and forth made me giggle. The descriptions of Braden’s magic got stronger and tighter — I could feel the swirl and chaos of his magic. And Drew. Drew was the surprise-and-delight of this book. He was much needed comic relief to Braden’s angsty drama.

If you were hoping that Braden and Trey’s Romeo-and-Juliet-esque story would reach a happy conclusion in this book, prepare to be disappointed. The two had some wonderful, touching moments but the bitterly sad ending left me heartbroken for Braden and Trey. In a good way. There is a faint ray of hope in the dismal ending.

Look for a full review later this week.

The Girl Who Fell Beneath Fairyland and Led the Revels There by Catherynne Valente (MG, fantasy, ARC)
I’m 40% of the way through this book and enjoying it more than I enjoyed the first book in the series. And that’s all I’m going to say for now.

What I’m listening to

The Hound of the Baskervilles by Arthur Conan Doyle (mystery, Sherlock Holmes, PG-13)
This a great Halloween listen — some of the passages gave all of us the shivers!

What’s on my TBR pile
I have three books I’m really excited about this week:

• Raven Boys by Maggie Stieffvater
My husband is finally done so it’s all mine.
• Magesterium by Jeff Hirsch
• Once Upon a Time Machine by Lee Nordling

To win an ebook copy of Uncontrollable by S.R. Johannes, please leave a comment. Comments about your worst camping or hiking disaster double your chances of winning.

12 Responses to Second books and a giveaway (It’s Monday, What Are YOU Reading?)