When something I have put a lot of effort into goes wrong, I think “Oh the toil we lost and the spoil we lost/ And the excellent things we planned”. I was looking into where that line came from and it’s from a poem called The Vampire by Rudyard Kipling. I found the full text of the poem and so much more.

The poem is based on a painting — it was “written for a picture by Philip Burne-Jones exhibited at the New Gallery in London, 1897”. After doing a little hunting around, I found the painting: 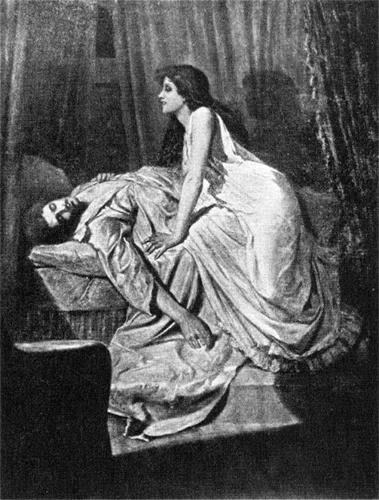 The Vampire by Rudyard Kipling

Oh the years we waste and the tears we waste
And the work of our head and hand,
Belong to the woman who did not know
(And now we know that she never could know)
And did not understand.

Oh the toil we lost and the spoil we lost
And the excellent things we planned,
Belong to the woman who didn’t know why
(And now we know she never knew why)
And did not understand.

And it isn’t the shame and it isn’t the blame
That stings like a white hot brand.
It’s coming to know that she never knew why
(Seeing at last she could never know why)
And never could understand. 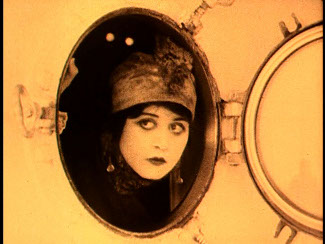 The poem and the painting inspired a Broadway play called A Fool There Was by Porter Emerson Browne. The play is available for download from project Gutenberg. It’s pretty florid, melodramatic stuff:

“Schuyler came down the stairs slowly, leaning heavily against the broken balustrade. He laughed a little, wildly, with the mirthless chill that is of a maniac. His knees bent; he staggered…. And he laughed again….

The play then inspired the first vampire movie — a silent movie called A Fool There Was. The colorized version is still available on DVD and includes the text of the original Kipling poem. The text of the poem was included in the movie as intertitle cards.

The movie is infamous for its risque intertitle cards. One of the cards was “Kiss me, my fool!” but Theda Bara mis-spoke the line and THAT is how we ended up with the catchy phrase, “Kiss me, you fool”.

Quite the rabbit-trail from one half-remembered line of poetry!
*****

On a totally unrelated note, I’m hosting a giveaway of the ebook of S.R. Johannes’ Uncontrollable (YA, mystery, adventure, outdoors, winter) this week. If you want to be entered in the drawing, leave a comment on Monday’s post.

7 Responses to The Vampire: Poetry Friday